I think I speak for all of us readers when I say that we tend to hold to the sanctity of the source material whenever a television or film adaptation is announced – if it’s a favourite book we probably worry and fret about whether a production team is about to completely ruin something precious to us. Likewise, we might just be excited to see a story we love come to the big or small screen, and look forward to more people experiencing that story, in whatever format that is.

But, readers, I have a dilemma: what do you do when a new series is announced, based on a book, and you haven’t read the book – do you wait for the TV show so that the adaptation is new and fresh for you, or do you read the book beforehand? My instinct obviously tells me to read the book first before watching the adaptation but part of me always wonders if I’m not potentially dampening my enjoyment of the TV show or film. After all – I know what is going to happen then, and nothing is shocking or unexpected (unless they completely diverge from the source material). 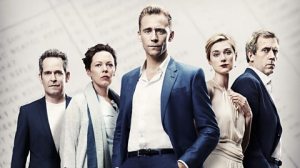 I was thinking about this yesterday as I was doing a re-watch of The Night Manager series and had an inclination to re-read the book again. I recalled that, despite having read the book back in February 2016, before the miniseries started airing, I was still overwhelmingly tense and on the edge of my seat whilst watching the adaptation. Now, admittedly, some of that is because I have a slight inclination towards Tom Hiddleston (understatement of the century) so, you know, what you gonna do… but aside from that I also was tense because I wasn’t sure what was going to happen. In the effort to modernise the source material and make it more relevant for a 2016 audience, the production team had made the decision to change some key elements of the story. This meant that, though I had read the source material, it didn’t ruin my enjoyment of the series by “spoiling” any of the plot’s twists and turns. But not all adaptations are like this. 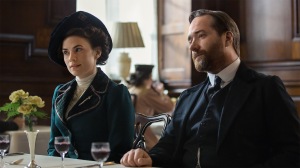 Last night I picked up Howards End by E.M. Forster. After having read A Room with a View last week and found myself pleasantly surprised by how much I enjoyed it and how readable I found Forster’s writing style, I decided to give Forster’s most famous novel a read. Then I remembered that the BBC are producing a miniseries of the book which is due to be released later this year starring Hayley Atwell and Matthew MacFadyen (I am sure there are plenty of others too but, I mean, my priority will always be Hayley Atwell because she’s Hayley Atwell). I had a moment of pause then – surely every little twist and turn of the adaptation would be spoiled if I read the novel first? After all, period dramas based on classics or modern classics do tend to push for faithfulness to the source material, for fear of upsetting the delicate sensibilities of readers and their expectations. So if I read the book, would I be as inclined towards watching the series, when it did air on TV?

Despite this momentary dilemma, I am fully aware that it will not stop me from reading the book – as a reader I will always lean towards the side of the primacy of the book, regardless of how excited I am to see an adaptation on the big or small screen, and the book will probably always win. But that doesn’t mean the adaptation won’t put up a damn good fight…

But beware: on the other side of the coin lurks a trap, a trap that I often fall into. On the occasions when I do see a film or TV show adapted from a book first, even if I end up loving the adaptation, sometimes I never quite get around to reading the book afterwards. I know, I know, I’m a terrible reader! After all, I know what happens in the story, so reading the story suddenly isn’t quite as high priority as all the other books on my TBR. I know how it goes, I know how it ends, I’ve experienced the story, regardless of the format it was in… and there are so many other stories that I haven’t experienced yet that deserve my time and attention. This happened with another le Carré book – Tinker, Tailor, Soldier, Spy. I had embarked on a mission to read the book once upon a time, got super confused, and abandoned it. Then I watched the 2011 film starring Gary Oldman as George Smiley, and, though I thoroughly enjoyed it, the book suddenly didn’t really seem a priority any more. I knew so what was the point any more?

Well, Emma, I’m sure the book is much more nuanced, I hear you say, to which I say: touché. And so the vicious cycle keeps on spinning…

Do you have this dilemma too? Do you have to make sure you read a book before watching its TV or film adaptation – or does it not bother you so much? Do you think the effect of a TV or film adaptation is sometimes “spoiled” because you know what’s going to happen, because you read the book first? Does this cause anyone else as much indecision as it does me? On the more positive note – what TV/film adaptations are you looking forward to in the future? Chat to me in the comments below, I’d love to talk adaptations!

3 responses to “Discussion | Reading Before Watching”