My friends, I suck at sticking to TBRs. However, as June begins, I think a monthly TBR might just be advisable, nay, necessary. You see, I’ve taken a look at my NetGalley shelf and, guys, it’s not good; there are so many things I’ve been fortunate enough to get an eARC of and I’ve not taken advantage of almost any of them. I need to correct this terrible behaviour and actually dust off my Kindle and get to reading some of the shiny, shiny upcoming/new releases! In the spirit of that, I present my very optimistic June TBR… 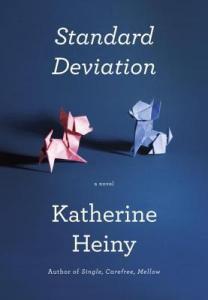 Yeah, this is still on here. I’m 50/50 about DNFing it, and in my head I already have. However, I was meant to write a review for it… and I haven’t. I’m not sure what I think about reviewing a book you DNF. To me, I think it makes sense because you can talk about what you liked about it and what just didn’t work for you – I think those kind of things are interesting to read. However, I’m not sure I rightly could/should put that on Netgalley and send it to the publisher. Does anyone have any insight into the etiquette behind this on Netgalley or thoughts about whether it’s good/bad? Please let me know if so! 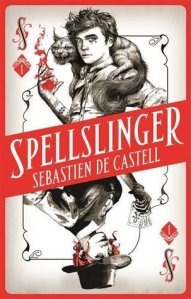 If I’m perfectly honest, I don’t know much about this one except it’s YA fantasy and there’s a talking squirrel cat involved somehow – no, I don’t know what that means either, but I’m excited to find out about it! Also it ran with the tagline “magic is a con game” so that’s all kinds of brilliant and obviously I’m sold already. Yep, I was entirely sucked in by the marketing buzz words (well played, my friends, well played) and the assurance that it’s a book for fans of Firefly, Guardians of the Galaxy, Ben Aaronovitch, and Jim Butcher. 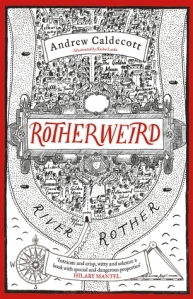 I started this one on a random morning train journey to work and never continued it past that one journey, which is silly because what I did read was really intriguing. It’s marketed as a fantasy mystery, all centered around a town called Rotherweird which was cut off from England (metaphorically speaking, I think) during the Elizabethan age and has always asserted its independence, especially because no one is allowed to explore the town’s history or else. Well, maybe not “or else”… I don’t know yet, I haven’t read it, but I am getting a rather ominous feeling about this one and I haven’t read much fantasy that is quite so mysterious about the premise so colour me intrigued.

4. Conversations with Friends by Sally Rooney 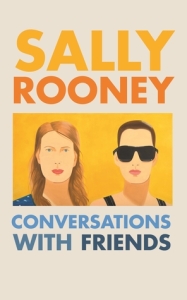 I’m trying not to just read fantasy and, in an effort to pursue that noble goal, I’ve been browsing contemporary novels on NetGalley. This is one of those. As far as I understand from its synopsis, it’s about a college student/writer and her friend (/ex-girlfriend?) who perform poetry when a journalist spots them and befriends them, also bringing into their lives her husband, an actor who didn’t live up to his potential. I’m sure that what I think will happen will happen but, initially, I was curious as to why such a seemingly simple premise had garnered such good reviews… so I requested this one and was granted an ARC and now I should get to reading it to find out what the fuss is all about.

5. Popular: The Power of Likability in a Status-Obsessed World by Mitch Prinstein 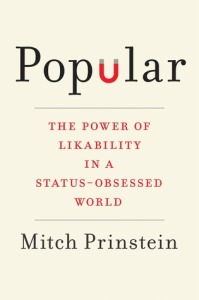 I wanted to really try to read more non-fiction this year, but my attempts thus far have amounted to either checking out audiobooks from my library’s Overdrive system and then not listening to them at all or buying paperbacks which look lovely on the non-fiction shelf in the dining room but have not actually been opened and/or read. So, I need to stop doing that really. As the title suggests, this book takes a psychological look at popularity and how it affects our lives – from our successes and our happiness to our relationships with other people. As someone who was never the most popular kid in school but still holds a deep-down innate desire to be a generally liked person regardless, I totally get that, and I’m curious to find out a little more of the psychology behind it. Plus, in an online world like today’s, it’s pretty much impossible to escape from ideas of popularity and relevance, or the constant worry of having a “good” or “liked” blog, or having a certain number of followers on Twitter or Instagram.

Hopefully I will also have time for books that aren’t eARCs, especially since I much prefer to read a physical book to reading on my Kindle. I also have some books I’d like to get to this month: 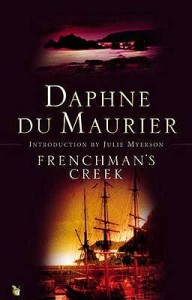 This is a carry-over from May and I’m really enjoying this one. It has a French pirate in it so… I mean, that’s good. Also the lady of the house has fled London and her husband because she needs to “escape from it all” and has accidentally fell into a friendship with a pirate who keeps robbing the coastal estates near her. Turns out he was “part of society” as well but wanted to escape from it all so he became a pirate, obv, so they have shared ~feelings~ about their lives and I feel like they’re definitely about to kiss and it’s going to be SCANDALOUS and I love everything about it. 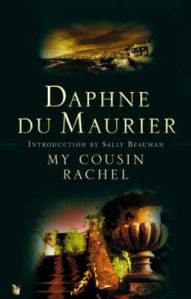 If I’m feeling on a roll with du Maurier I may very well try (again) to get through My Cousin Rachel. I’ve tried in the past and stalled with it a few times (I’m beginning to suspect it has to do with the male focaliser in this novel) but I’m nothing if not persistent. I hear the film adaptation of this is coming soon… though how “soon” that is I don’t know. So I should probably get to this in June, so I’m ready and prepared for that to be released. I’m also trying to work my way through all of Daphne du Maurier’s books so this would be another one checked off if I finally managed it. 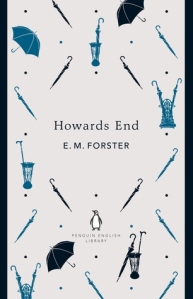 This is another carry-over from May. After really enjoying Forster’s A Room with a View, I decided to give this one a go, especially since it’s the more critically acclaimed of his novels… and also because there’s a BBC drama of it coming soon starring Hayley Atwell. (Ok, I lied, that is the main reason I’m reading it now.) I’ve stalled a little bit with this one but I’m hoping to push through it and continue reading in June since I was enjoying it when I picked it up, I just didn’t immediately feel that urge to continue reading once I’d put it down, you know?

9. This Savage Song by V.E. Schwab 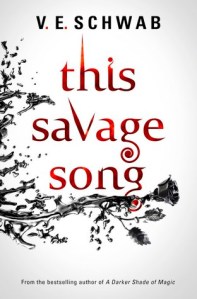 I’m in two minds about whether or not I’m excited for the sequel, Our Dark Duet, which comes out in June. However, I adore V.E. Schwab’s writing in her Darker Shade of Magic trilogy, so I’m in something of a dilemma. You see: I wasn’t hugely blown away with This Savage Song back when I read it when it was released last year, but half of me wonders if I was just not in the mood for it when I happened to read it. I should probably give it a second chance and do a long overdue re-read in preparation for the sequel which, let’s face it, I probably will still read since it completes the aptly named Monsters of Verity duology and that’s quite nice and very low commitment as far as book series go. Plus, after Six of Crows, I’m now a fervent supporter of the idea of the book duology, it doesn’t get enough credit, frankly.