“In grey 1930s England, Bea has grown up kicking against conventions. There are so many rules. She must marry. She can’t choose. She must keep the family estate safe. But when Bea goes to spend summer in Italy, a dazzling new world opens up. There are moonlit nights, and beautiful vistas – and Ben. A cocky young artist who just happens to be infuriatingly handsome too. One night, under the stars, their friends set them a challenge. It’s a duel of kisses. The rules: sparks must fly. Dreams must come true. Neither party may fall in love. A long hot summer of kisses and mischief unfolds. But storm clouds are gathering across Europe. Is their perfect summer ending? Or is this just the start?” (Synopsis from publisher)

END_OF_DOCUMENT_TOKEN_TO_BE_REPLACED 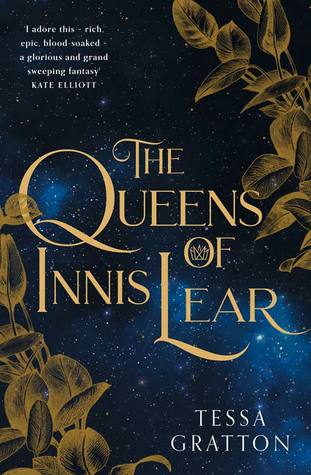 “The erratic decisions of a prophecy-obsessed king have drained Innis Lear of its wild magic, leaving behind a trail of barren crops and despondent subjects. Enemy nations circle the once-bountiful isle, sensing its growing vulnerability, hungry to control the ideal port for all trade routes. The king’s three daughters – battle-hungry Gaela, master manipulator Reagan, and restrained, starblessed Elia – know the realm’s only chance of resurrection is to crown a new sovereign, proving a strong hand can resurrect magic and defend itself. But their father will not choose an heir until the longest night of the year, when prophecies align and a poison ritual can be enacted. Refusing to leave their future in the hands of blind faith, the daughters of Innis Lear prepare for war – but regardless of who wins the crown, the shores of Innis will weep the blood of a house divided.” (Synopsis from the publisher)

END_OF_DOCUMENT_TOKEN_TO_BE_REPLACED 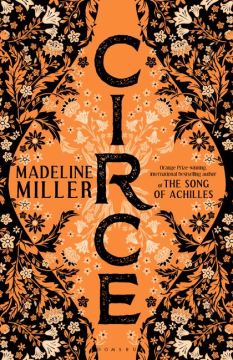 “In the house of Helios, god of the sun and mightiest of the Titans, a daughter is born. But Circe has neither the look nor the voice of divinity, and is scorned and rejected by her kin. Increasingly isolated, she turns to mortals for companionship, leading her to discover a power forbidden to the gods: witchcraft. When love drives Circe to cast a dark spell, wrathful Zeus banishes her to the remote island of Aiaia. There she learns to harness her occult craft, drawing strength from nature. But she will not always be alone; many are destined to pass through Circe’s place of exile, entwining their fates with hers. The messenger god, Hermes. The craftsman, Daedalus. A ship bearing a golden fleece. And wily Odysseus, on his epic voyage home. There is danger for a solitary woman in this world, and Circe’s independence draws the wrath of men and gods alike. To protect what she holds dear, Circe must decide whether she belongs with the deities she is born from, or the mortals she has come to love. Breathing life into the ancient world, Madeline Miller weaves an intoxicating tale of gods and heroes, magic and monsters, survival and transformation.” (Synopsis from the publisher)

END_OF_DOCUMENT_TOKEN_TO_BE_REPLACED

Norse Mythology is a short-story collection that charts the many weird and wonderful stories that make up Scandinavian folklore and mythology, featuring well-know deities such as Odin, Thor, and Loki. The influence of Norse mythology on Gaiman’s work is apparent to his readers, and it therefore seems like a logical step for Gaiman to retell some of the well-know myths for himself. For fans of mythology or, indeed, the contemporary portrayals of said deities on-screen, this book provides an insight into a rich mythological background which is often contradictory or confusing, but a great ride, if you’re willing to go along with it for the duration.

“Do you wonder where poetry comes from? Where we get the songs we sing and the tales we tell? Do you ever ask yourself how it is that some people can dream great, wise, beautiful dreams and pass those dreams on as poetry to the world, to be sung and retold as long as the sun rises and sets, as long as the moon will wax and wane? Have you ever wondered why some people make beautiful songs and poems and tales, and some of us do not?”

I adored Norse Mythology, I knew I would, because I enjoy mythology (though I’m more familiar with Greek myths and legends) and I’ve briefly dipped my toes into various Norse mythological tales – but who hasn’t heard of Mjollnir, for example, in this day and age of the Marvel Cinematic Universe? Admittedly, I do enjoy learning about the intriguing character of Loki, so it’s not a leap that I would adore hearing more of his antics via one of my favourite authors’ retelling of the wily trickster’s shenanigans. Familiar tales of the creation of Thor’s hammer, the various lands branching off Yggdrasil, the tree that connects the nine worlds, and Ragnarok, the apocalyptic battle at which several major deities will fall.

END_OF_DOCUMENT_TOKEN_TO_BE_REPLACED

The Music of Zimmer vs WilliamsFebruary 14th, 2020