Welcome folks, it’s that time of week again – it’s Tag Thursday. This week I bring you a brand spanking new tag, courtesy of Emma @ A Dreamer’s Library and Laura @ The Book Corps. I was kindly tagged by Emma and I must say thank you for that because I adore Pride and Prejudice so a tag based around it is right up my street! Without any further ado, let us proceed onwards with the Pride and Prejudice Book Tag…

Here’s how it works…

LONGBOURN: While Mr Bennet silently reads in his study, and Mrs Bennet’s tales of woe can be heard from miles away, you spend a lovely afternoon in the garden with your dramatic and doting sisters. What is a favourite novel of yours that features a strong sibling relationship?

Can we talk about the Weasleys from the Harry Potter series for a second? If there was any family I’d love to be part of, it would be the Weasleys – I want to live at The Burrow so badly and I think their household would be so chaotic but so much fun. I love reading about Ginny, Ron, Fred, George, Percy (yeah even Percy), Charlie, and Bill – and Mr and Mrs Weasley too, of course!

MERYTON: You and Mary have decided to walk to the bookshop in Meryton to search for the newest releases. Which book or books are you likely to purchase? 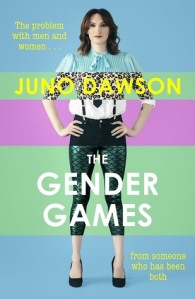 If it wasn’t already winging it’s way to me then my go-to answer for this question would definitely be the anniversary House editions of Harry Potter and the Philosopher’s Stone – I’ll take one Ravenclaw edition please! I will constantly buy special editions of these books, regardless of how much I definitely do not need yet another copy.

And, for want of not answering Harry Potter for every single question, last time I was in Waterstones I had my eye on The Gender Games by Juno Dawson, newly released today, which is a non-fiction book about gender and sexuality which, mostly importantly looks fabulous and has great reviews.

NETHERFIELD PARK: Netherfield Park has been let at last, and the owner, a Mr. Charles Bingley, hosts a magnificent ball at his new estate. What fictional ball gown would you wear?

This isn’t strictly a book ball gown, but it’s still fictional… I always adored Arwen’s dresses in the Lord of the Rings films, most of all this “death” dress one with the black velvet body and red sweeping sleeves. Hmm that’s probably a little morbid for a ball though, isn’t it? Don’t care, I’d still wear it with pride.

LUCAS LODGE: It is the Christmas Ball and Maria has asked you to join her at the piano. What music or song would you choose as an accompaniment to your current book?

I’m currently reading Frenchman’s Creek by Daphne du Maurier and, given the pirate-y feel to it, I would probably (predictably) choose the Pirates of the Caribbean soundtrack to accompany my reading. Klaus Badelt’s and Hans Zimmer’s scores are incredible and it would be impossible for me to read a book involving a pirate (though a French one!) without thinking of these films and their scores. At the point of the novel I have reached, I’ve only just been introduced to the shady pirates so I think I would choose one of my more foreboding pieces from the score rather than the soaring, swashbuckling numbers!

GRACECHURCH STREET: You’re helping Jane to take care of her younger cousins whilst staying with the Gardiners. Which fictional children would you include in your own family?

You know who are great? The Baudelaire kids from A Series of Unfortunate Events – they seem like they could use some love. Plus I feel like they’re pretty well-behaved so they wouldn’t run riot around me and Jane and, if anything, Violet and Klaus are brilliant at looking after Sunny and coming up with fun activities so they could help look after the cousins.

HUNSFORD PARSONAGE: It’s a sombre evening at Hunsford Parsonage, and after dinner, Mr. Collins stands by the fireplace and quotes from the Good Book, while the party tries not to yawn too obviously. What is a memorable quote from a novel that has always stuck with you?

I am a fiend for novel quotes, I love to collect them, as I will undoubtedly prove with this answer.

“If you want to know what a man’s like, take a good look at how he treats his inferiors, not his equals.” from Harry Potter and the Goblet of Fire by J.K. Rowling – this is the one that immediately sprung to mind because it’s just damn good advice. Also because, of course a Harry Potter quote is what I remember, the series was a huge part of my growing up.

“Truly, life is wasted on the living, Nobody Owens. For one of us is too foolish to live, and it is not I.” from The Graveyard Book, Neil Gaiman – a children’s book which proved to be a lot more touching that I thought it would be!

“Make sure, as often as possible, you are doing something you’d be happy to die doing.” from The Humans by Matt Haig – I cannot recommend Matt Haig enough, truly. He has such a simple way of saying such important things, amidst stories with a lot of humour and heart.

ROSINGS PARK: You’ve been invited to dine at Rosings Park by none other than the infamous Lady Catherine de Bourgh, but the evening ends in disaster as the pompous Lady insults you and your family. Who’s your favourite fictional villain?

I like my villains, especially if they’re the morally grey, always-switching-sides sort, but that tends to mostly happen in film and TV. However, I have thought of a few great lesser talked about literary villains:

The earliest villains I can remember finding interesting are the di Chimici family from Mary Hoffman’s Stravaganza series (though it was a trilogy at the time I read them so I’ve only read the first three books!). I believe they’re based on the Medici family… so I wonder if I’m actually just fascinated by them?

Let’s also think of some villains from more recently read books, shall we? For the more sadistic sort, see: The Dane Twins from the A Darker Shade of Magic trilogy by V.E. Schwab. Also for the more charming and hate-yourself-for-liking-them sort, see: The Darkling from Leigh Bardugo’s Grisha trilogy. Also a certain someone from Samantha Shannon’s The Bone Season series – I can’t say who because it spoils the ending but you know who I mean if you’ve read the books… my lovely. (That endearment might have been a clue.)

BRIGHTON: As Lydia has gone down to Brighton with the Forsters, and Elizabeth is off on her jaunt to Derbyshire with the Gardiners, you also want to go away for a quick break. Which fictional location would be your perfect holiday destination?

Can I go to Middle Earth please? Ideally I’d like to run away with the elves to Rivendell, please and thank you. And I probably won’t return from this holiday, ever.

LAMBTON: You’re running to the fine horse chestnut tree on the green to relive some of your favourite childhood reading memories. What is one that you remember most fondly?

I have a terrible memory so it’s not surprising that I’m really poor at remembering specifics. I do frequently recall, however, that I used to attend a “gifted” advanced maths workshop after primary school off-site and then my mum would come pick me up to take me home from there. Usually she would stop by the library en route for me and pick up the next A Series of Unfortunate Events book that I was up to so I had it ready to read once I was done with the workshop. I always started the book on the walk home and I’d inevitably finish it by the end of the day – she used to despair at how quickly I got through them because it would mean returning them and getting the next one asap for me.

PEMBERLEY: You’re on a tour at Pemberley and you come across Mr. Fitzwilliam Darcy emerging from the pond, scandalously clad in only his wet underdrawers and shirt. You can’t help but swoon at the sight. Aside from Mr. Darcy, who is your favourite romantic interest?

(cough forget Darcy, can we talk about Captain Wentworth for a moment? Or even Mr Knightley? ahem…) Back on topic before my mind wanders… I hate myself for this and I completely apologise but Warden from The Bone Season by Samantha Shannon. I know that some people think that the whole Paige storyline is borderline icky given the Stockholm Syndrome potential but I disagree with that argument and I can’t help it – I like him, ok?

Speaking of people I shouldn’t like… Richard Campbell Gansey III, step up to the plate please. Gansey of Maggie Stiefvater’s The Raven Boys is a kind of your typical entitled posh rich boy with a penchant for reading academic books to help his search for dead ancient Welsh kings and apparently that’s my type? I know, I know, no one is surprised here. I’m with Blue on this one though: “Blue tried not to look at Gansey’s boat shoes; she felt better about him as a person if she pretended he wasn’t wearing them.” (Also: this, so much of this.)

Aaaand it wouldn’t be a tag post if I didn’t end on a high by mentioning a certain Maxim de Winter from Daphne du Maurier’s Rebecca. It’s no secret that I adore Rebecca (and apparently so does the entirety of the country as it was just named the Nation’s Favourite Book from the Past 225 Years) and I rather predictably have a huge soft spot for Max. He aint without his (pretty huge) flaws, don’t get me wrong, I know this and accept this but I mean… he owns Manderley so… yeah. No one said this wouldn’t be a shallow set of answers.

I hereby tag all Pride and Prejudice lovers, yes, that means YOU. If you do this tag please do link me to it in comments or link back to me so I can read your answers because I’m super curious/nosy!