Guys, guys, another week has passed, including another Thursday so welcome to this week’s Tag Thursday. This week is a little different because I’m going to do the Burn, Rewrite, Reread tag. This is just like the Kiss/Marry/Cliff game (cough Shag/Marry/Kill for the older among us), but book-related! I did this tag a while ago but I was reminded of how much fun it is to do when I saw Kelly’s Rambles do this tag recently. So I’m doing it again and I’m calling it Burn, Rewrite, Reread #2.

Re-read: The Raven Boys by Maggie Stiefvater
Chances are, at any given moment, I want to be re-reading Stiefvater’s Raven Boys books, especially now that I’ve discovered how well-read and atmospheric the audiobooks are.

Re-write: Hark! A Vagrant by Kate Beaton
I LOVE Kate Beaton’s funny comics about literature (see: Dude Watchin’ with the Brontes) but some of her comics go straight over my head because they’re about Canadian history and that’s not really my thing so I’d re-write (/re-draw) this to include more Bronte jokes and less history. Sorry/not sorry.

Burn: Vampire Academy by Richelle Mead
I don’t remember a thing about this series of books but I do remember going through a phase of reading this sort of thing – it was after Stephanie Meyer’s Twilight was SUPER popular and you couldn’t move for supernatural romances in the teen section of bookshops. However, I always conflate and confuse P.C. Cast and Richelle Mead’s books so it would be a lot easier if none of these books existed anymore, please and thank you. 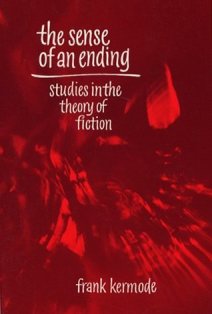 Re-read: Shade’s Children by Garth Nix
I adored Garth Nix’s Abhorsen/Old Kingdom trilogy (as it was when I first read them), and I remember reading this too and enjoying it, but I can’t remember a single thing about the story or its characters so it would probably be a good idea to re-read it at some point!

Re-write: One Day by David Nicholls
There’s a Thing that happens towards the end of this book and it is Not Ok. I vividly remember happily reading this book on a break in the Post-16 library and I got to The Thing and gasped and said aloud NO! and shut the book because I just refused The Thing that had happened. I would like to re-write it to avoid The Thing.

Burn: The Sense of an Ending : Studies in the Theory of Fiction by Frank Kermode
I don’t remember this, but it was probably a run-of-the-mill academic text about the theory of fiction. Not the most exciting of things! Therefore I would never actively choose to re-read it, or indeed to re-write it (since that seems like a lot of work), so I guess it’s gotta burn.

Re-read: Here I Stand edited by Amnesty International
This book is an important read – it features a diverse set of contributions from various contemporary authors, poets, and illustrators, all centred around the subject of human rights. I reviewed it for Cuckoo Review which you can read here, if you like, and I’d certainly like to re-read it in the future.

Re-write: The Miserable Mill by Lemony Snicket
I’m not presuming to say I could re-write the fantastic A Series of Unfortunate Events in the style of Lemony Snicket/Daniel Handler, but there are some stories in the series which I enjoy less than the others, and this fourth instalment is one of that number. I’m not hugely into the plot of this one, so I’d like to re-write it, thanks.

Burn: Underworld by Cathy MacPhail
I don’t remember A THING about this but I rated it 1-star so I assume it was nothing special and that I only read it out of sheer necessity because there weren’t any other books catching my eye in my secondary school’s library. Therefore, it’s burning.

There we have it, that was Burn, Rewrite, Reread #2 – wasn’t that fun, boys and girls? If you’d like to join in on the fun yourself and do this tag then, please, consider yourself tagged by moi. If you have a post of your own please do link it below because I’d love to see it!