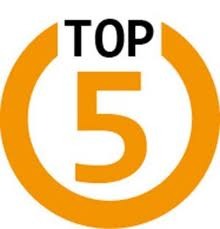 This week I’ve decided to base my post around my favourite depictions of vampires who, let’s face it, don’t have the best showing in literature nowadays – they mostly peaked with Bram Stoker’s Dracula and the general genre has been downhill ever since sparkly vampires became a thing. This observation has also been made by Sam from Thoughts on Tomes in her brilliant video and, just like Sam, I’ve decided to widen my source from just books to media in general – books, TV shows, and films. It’s safe to say there’s a wide range of vampires here, from the serious to the silly, but I enjoy every single one of these vampiric representations.

I had to give this book/series an honourable mention because it’s basically Jane Austen crossed with Buffy the Vampire Slayer – our genteel young lady, Lady Helen, trains how to fight demons which, let me tell you, isn’t easy in layers of crinolines. The reason this gets a look-in is because it features a token appearance from Lord Byron and just the suggestion that Byron could have something vampiric about him makes me giggle like an idiot.

Much in the same fun vein as The Dark Days’ Club, Carriger’s Parasol Protectorate series tells of young lady Alexia Tarabotti who consorts with vampires, werewolves, and demons but is especially horrified by the lack of manners from some of these beasts. I love that vampires and werewolves are an integrated part of the social and political system in Carriger’s steampunk England. Plus her flamboyant vampire friend Lord Akeldama is hilarious – definitely a more ridiculous representation of vampires but entertaining all the same.

As the name of this film suggests, Van Helsing borrows some of its narrative from Bram Stoker’s vampire hunter Abraham Van Helsing, and it does feature Count Dracula, but that’s about where the resemblance stops. I bloody love this film – Hugh Jackman plays a rather strapping vampire hunter with a bumbling friar sidekick played by Faramir aka David Wenham. Also Kate Beckinsale is attractive as fuck as the kickarse heroine, Anna Valerious, whose family has a close connection with Dracula and his vampire brides and she has a grudge to settle with them about it. It’s campy and it’s ridiculous and I love every stupid minute of it and its over-the-top vampire depiction.

This mockumentary-style film is full of Kiwi humour, with added vampires! The premise is simple: a bunch of vampires houseshare in Wellington. The vamps battle twenty-first century issues, needing to find fresh blood to drink, and a gang of werewolves who taunt them constantly. Each of the guys represents a different aspect of the vampire character – dandy and dashing, bad-boy roughness, and just damn sexiness – as they would be quick to tell you. I love this, I can’t explain why it’s so funny, it just is.

Much like Soulless, the reason I enjoy Underworld so much as a concept is that vampires and werewolves are shown to have an entire self-contained and hierarchical political and social system and, better yet, they are mortal enemies and fight each other. With guns and specially adapted bullets. Kate Beckinsale’s Selene is a Death Dealer who hunts lycans (werewolves) so obviously seeing the story through her eyes kind of automatically puts you on the vampires’ side but, not to worry, the vampire clan lives in a decadent old house and casually lounges around drinking blood from glass goblets so I could get used to that, if I had to.

I am ever so slightly completely biased on this because Jim Jarmusch’s film stars Tom Hiddleston and Tilda Swinton as vampire soulmates Adam and Eve and they’re so tall and sophisticated and their aesthetic is A+ so obviously this had to make the top spot in my very subjective opinion. This explores a different side to vampirism – what it’s like to exist for so many centuries, seeing revolutions and discoveries, and to wind up in an old Victorian house in Detroit, suicidal and having a bit of an existential crisis because of the world seemingly degrading around you. In a nutshell, that’s Only Lovers Left Alive – it’s not at all depressing, though, it’s strangely uplifting and universal considering it’s about vampires because, as Eve points out to a despondent Adam, “How can you have lived for so long and still not get it? This self-obsession is a waste of living. It could be spent in surviving things, appreciating nature, nurturing kindness and friendship, and dancing. You have been pretty lucky in love though, if I may say so.”

That’s it for now, folks, those were my Top 5 books and films featuring vampires. I could always use some more recommendations so what are some of your favourite books, films, and TV shows featuring vampires? I’d always welcome recs! And be sure to link me to your Top 5 Wednesday post, if you have one, as I’d love to read it.