Welcome one, welcome all, to Top Ten Tuesday! For those who are unaware (or who might need a reminder) Top Ten Tuesday is a weekly meme created by book bloggers and list lovers, The Broke and the Bookish, and is now hosted fantastically by Jana from That Artsy Girl! Each week a topic is chosen for bloggers to respond to.

This week’s topic is Longest Books I’ve Ever Read. I should point out that, for the purposes of this, I’m not counting any anthologies that I had to read in university, nor am I counting the likes of The Faerie Queene or Les Misérables which I say I’ve kind of read but haven’t really finished properly enough to say I’ve read it cover to cover. Mileage may vary, haha.

But, as far as topics go, this one is a very straightforward one that requires little to no explanation… so shall we just not waste any time and get to the books? These are not ranked per say but listed by how many pages they clock in at. 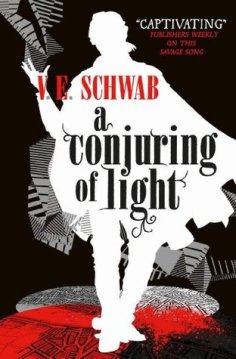 I’m surprised that this ended up on this list because whilst it was a chunker compared to the other books in the trilogy, I didn’t expect it to reach ‘longest books I’ve ever read’ levels. However, it seems I can’t go one tag or weekly meme without mentioning either Leigh Bardugo or V.E. Schwab so looks like this one will be the token Schwab book this time! I ended up trying to eek this book out because I didn’t want it to end, there was so many highs and so many lows and V, how dare you?

Brandon Sanderson is clearly fond of writing a tome or two, and this one is no exception, but such is often the way with writers of epic fantasy series. In fact, you may very well notice that theme running through a lot of the books on this list. Sanderson’s Stormlight Archive series books are like 1200 pages apiece (and often split into two parts when published in the UK!) so this one from the Mistborn trilogy is practically a baby in comparison. Still, it’s pretty damn hefty…

I had no idea that Breaking Dawn ended up being so long! I think we can all agree, though, that it would have been immeasurably better had a good editor been allowed to have a crack at it and removed some of the… weirder bits, right? I remember precisely zero about the reading experience of this… I must have blocked it out of my memory, for better or for worse. 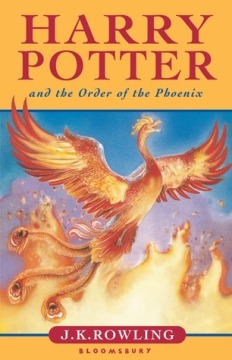 For a long time, despite its length, Order of the Phoenix used to be my favourite of the Harry Potter series. Maybe it was because of its (long) length that I enjoyed it so much; with this fifth book in the series we get to spend so much time with the folks at Hogwarts. This book felt like it had the time and space to delve into so many more characters and relationships… plus Fred and George were THE BEST in this one.

The A Song of Ice and Fire books have a reputation for being long and this first one is no exception. Still, in many ways, George R.R. Martin eases you into the hefty nature of the series by giving you a mere almost-800-page-long book to start off with! Perhaps its long length is quite unsurprising, given how vast its cast of characters and viewpoints are, but even so this seems like quite the project to take on for anyone even a little bit hesitant about reading the books.

Remember when I said Brandon Sanderson has a habit of writing quite long books? Yeah, this second instalment in the original Mistborn trilogy is another example of that tendency. Back in 2015 when I read this book, I remember being mildly impressed with myself because it only took me 9 days to do so. Although that seems like SO long to me now, I doubt I’ve read anything comparable anywhere near as quickly as that, as of late!

This was probably the ASOIAF book that I enjoyed the most of all from what I’ve read of the series (I still haven’t finished A Dance with Dragons but no hurry on that, clearly). I had a feeling I might like this fourth book because everyone who had read it said that not much “happens” in this instalment; instead, the main action is a lot more political and scheme-y and I love it when fantasy books are like that. I thoroughly enjoyed this one and barely even noticed that it took me a little while to finish because I was enjoying it so much! 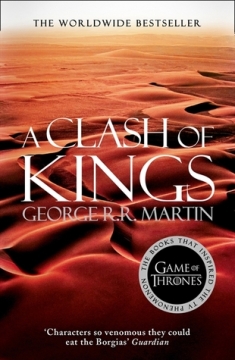 The third and final showing of ASOIAF on this list, and I’m not in the least surprised to see this one here! I remember being intimidated by its length for SO long, so much so that I had been wary about starting the series at all because this book was the second volume. However, I am glad I read it because this one firmly established my opinion that, sometimes, you just need to accept that you’re not going to remember who every little person in Westeros is and you should just let it go and enjoy the ride. If I hadn’t come to that realisation with this chunker of a book, there’s no way I would have continued on with the series. 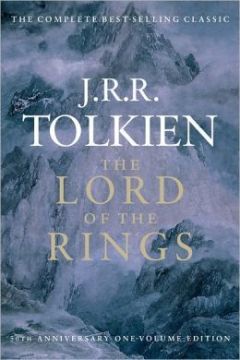 Many years ago, when I was likely too young to truly appreciate it, I read The Lord of the Rings in the chunky movie tie-in bind-up edition that I still own. Nowadays, it’s looking a bit worse for wear and I can’t remember the experience of reading the book(s) at all. Looking back on the review I added of this after I’d set up my Goodreads profile in 2008, I claimed these were some of my favourite books of all-time and well worth the effort expended on reading them. I have no idea if those claims still ring true so I really do need to make the effort to do a re-read of this trilogy in the not-so-distant future.

1) The Count of Monte Cristo by Alexandre Dumas (1276 pages)

This is probably the book I’m most proud of myself for having completed this year. Being able to say I actually started and finished Dumas’ Count of Monte Cristo is a big achievement for me. This is especially true because I read this for a summer readalong project and, during the previous years’ iteration of the same readalong, I never managed to finish the book we’d been reading (even though I enjoyed it) because it was long. This one, though, I knocked out of the park and only a week after the actual readathon had finished too, haha! So proud of myself for finishing this very long (one might say overly long) book and being able to tick it off my list.

That’s all folks, those were the Top Ten Longest Books I’ve Read. What long books have you tackled? Or are there any super long books you really want to read but are slightly put off by their size? Let me know in the comments! And, as ever, if you have your own Top Ten Tuesday post, please link me!