Welcome one, welcome all! It’s been a few days since my last blog post and you may very well wonder why. Truth be told, it’s because I haven’t finished a book lately and that has been getting me down a little bit. It’s not like I haven’t been reading – I’m currently reading The Priory of the Orange Tree by Samantha Shannon, Throne of Jade by Naomi Novik, and A Darker Shade of Magic by V.E. Schwab (re-read). However, anyone who has read (or even seen) the first book in that little list will understand why it has been a while since I’ve finished a book – it’s HUGE.

The last book I finished was S.A. Chakraborty’s The Kingdom of Copper (I’m still not okay about it) back on 3rd March. For me, not being able to say I’ve finished a book in the last 10 days is… well… it’s not something that happens often. So, although I’ve made progress with all the books I’m reading at the moment, I’m not near finishing anything – Priory is the main reason for that as I’m fairly sure I’m going to LOVE this book, so I don’t want to rush reading it. There’s nothing wrong with this, but it also made me think about how I’m so sure I’m going to love this book that I’ve slowed down my reading pace.

Not only this, I also have a habit of putting off even starting books because I’m SO sure I’m going to love them and don’t want to prove (or, more scarily, disprove) my high hopes/predictions for them. I’ve seen many a Booktuber discuss their 5-star predictions and I thought I’d throw my own hat in the metaphorical ring whilst I was thinking about the topic. So here we have it, here are some books that I’m pretty damn sure could end up being 5-star reads for me: 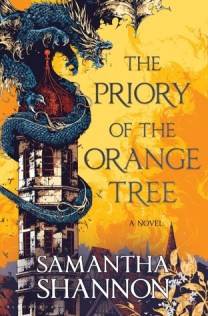 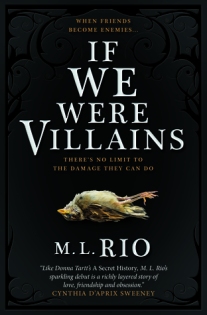 1. The Priory of the Orange Tree by Samantha Shannon

The book that inspired this entire post, Priory has been pretty much comprehensively lauded by the online and offline book community alike. I adore Samantha Shannon’s The Bone Season series and enjoy following Samantha’s online presence too, so I feel like I’ve seen the process of this book being birthed and now I’m SO happy that it exists in the world and that I get to read it! I want to savour this, it’s a lush epic fantasy with complex world-building and an interesting premise so I’m not rushing over a single moment of this story.

2. The Raven King by Maggie Stiefvater

It’s something of an ongoing joke on this blog that I still haven’t read this, the fourth and final book in the Raven Boys series. At this point, I don’t know when I will get up the courage to do so. Regardless of what highs and lows of emotion this book contains, I’m pretty damn sure I’ll end up giving this one ALL THE STARS because it represents a series which I dearly love… and which has variously been given 4.5 or 5 stars throughout!

The presence of this book on my predictions list is more of a desperate hope – it’s a kind of ‘saying so makes it so’ thing – as in premise this book is everything I should absolutely eat up. It’s described as The Secret History meets Shakespeare and I mean… I love that, Donna Tartt’s book is one of my all-time favourites and I am partial to a bit of the ol’ Bard too. When I finally let myself read this, I’m sure it will be a full 5-star from me! 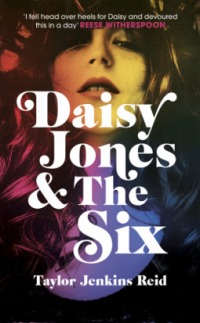 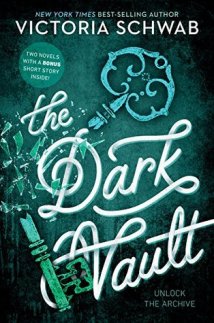 4. The Lies of Locke Lamora by Scott Lynch

I have a sort of hunch, inspired by nothing more concrete than the book’s Italian-esque cover, that I’m going to love this fantasy book. It features a band of thieves which, hey, I’ll admit I have been known to enjoy in the past. They’re described as “elite con artists calling themselves the ‘Gentleman Bastards’ [who] rob the rich of the city of Camorr, based on late medieval Venice”. Um yes please?! I’m clearly a shoo-in to adore this book.

Here’s the thing: I went into this author’s previous book, The Seven Husbands of Evelyn Hugo, mildly skeptical that I could truly live up to the overwhelming hype surrounding it. But I was (happily) proved one and it earned every single one of those 5 stars from me. This one I’m more unsure about because although the way this story is told sounds perfect for the plot, I’m not THAT into the music scene in the sixties and seventies (I’m more of an eighties music gal, I blame my dad entirely for that). Even so, since I was proved wrong about Evelyn Hugo I strongly suspect I will also be proved wrong about Daisy Jones, especially considering the praise I’ve already heard for it.

This is a bind-up of V’s duology The Archived and The Unbound which has the creepy premise of the dead (aka Histories) being shelved like books in a place called the Archive and only people known as Librarians can read these Histories and learn about the stories behind them. Sounds just about as typically imaginative as you’d expect from V, right? I’m sure it will be wonderfully written so I’m very likely to give this one a full star rating once I get around to reading it.

So there we have it, there were 6 books that I’m pretty sure I’m going to give five stars to when I (finally) get around to reading them! What are some books that you have on your TBR that you think you will love? Let me know below!