For today’s post, I was inspired by Olive from abookolive‘s recent 12 Classics Books I Want to Read in 2019 video. At the end of every year she plans ahead which classics she would like to tackle in the coming year, in effect creating an annual TBR for herself. I think that’s a great idea since, roughly speaking, 1 book a month doesn’t seem too unmanageable, even if you’re still reading a lot of other things alongside these choices.

Now, back in March 2018 I created my very first Classics Club list, that is a list of 50 classics I would like to read, with my self-imposed deadline of 31st December 2022. Since creating that list I have read 4 of the 50 books which, let’s face it, isn’t exactly great. At that rate, I would be far from finishing off my Classics Club list when the end of 2022 rolled around. So, in an effort to combat me forgetting about this project, I’ve decided to start doing what I’m tentatively calling “check-in” of the list at semi-regular intervals, seeing how I’ve done since the last check-in and also reassessing if I still want the same books on the list.

What I like about the Classics Club project in particular is that they don’t expect you to limit yourself to the 50 books you picked once upon a time, as they say “The idea is to create living lists. It’s assumed these lists will adapt to our exposure to literature. The point isn’t to challenge people to read by a strict list — but to create for ourselves a habit and a curiosity about literature. […] It’s great if our lists reflect that growth throughout the event — changing and adapting as we become exposed to more literature, insight and feedback. So absolutely — switch up the titles on your list after you post it, at any time during the duration of your challenge.” So, I’ll very likely be doing that in the course of these check-ins, even though it will most certainly upset me to have to live with an outdated spread in my bullet journal! We all have our crosses to bear… 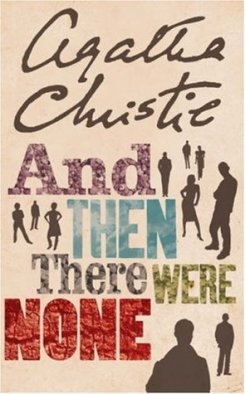 I’m feeling pretty confident about the changes I’ve made, though I’m sure more will happen over the course of subsequent months and check-ins – I’ll keep you posted!

Are you part of the Classics Club? What was the last classic you read and did you enjoy it? Do you have a list of classics you’re hoping to tackle in 2019?