Welcome one, welcome all, to my January Wrap Up. January is, quite rightly, often portrayed as either THE BEST or THE WORST – there’s nothing inbetween. Some people see January as that arbitrary annual start of the ‘new you’. There are entire industries that depend on (and feed into) this constructed narrative and, hell, I fall for it every year when I make yearly goals and resolutions. Even so, it’s easy to feel slumpy, cold, isolated, sad, or all of the above, during January. It feels like the longest month for many of us paid monthly (when did the 28th feel so far away???) and, for students, it often feels like you’re just slumping around the house for term to start again (I remember the feeling well).

Personally, I don’t know quite where I stand on January as a whole. A few baltic cold days have meant that getting to work has been a headache, being in work has been bearable only because I have a hot water bottle clutched to my body 80% of the time, and time after work has mostly been spent getting warm again and snuggling up without wanting to go outside for any reason. My one thing I intended to do this month (see the Kaiser Chiefs play) ended up being cancelled due to illness so I’ve mostly just worked, ate (way too much), ignored the gym calling out to me desperately, and (luckily enough for this post) read a bunch of things.

Although I felt like I was reading quite slowly throughout the month, I somehow managed to read quite a few things. I cannot deny that some of those things were comic book issues and graphic novels/bindups but, hey, they still count. I took part in three readathons (with varying degrees of participation and/or success), Bout of Books, Winter Biannual Bibliothon, and 24in48. I’m also very pleased that I managed to tick off quite a few challenges towards my Around the Year in 52 Books reading challenge, as well as making a serious dent in my usual annual Goodreads goal of reading 52 books. I’m hoping that such a productive and positive start to my reading year will mean that once this momentum inevitably runs out, I have a little room to slow it down if need be and/or take the time to read some longer books if I wish. (I’m looking at you Les Misérables and War and Peace.)

But I’m getting somewhat ahead of myself, let’s re-focus and have a look back over how the bookish stats for my January look…

In terms of format: 7 were paperback, 3 were ebooks, 1 was an eARC, and 1 was an audiobook.

Onto the books themselves… 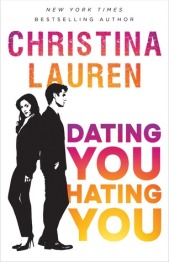 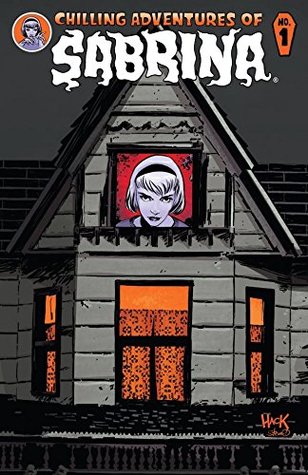 Rating: 4.5/5
Genre: classics
Format: paperback
Pages: 508
Read: 6th – 12th January
Challenge: Around the Year in 52 Books (Week 34: A book with a person’s name in the title); Classics Club
Review: So glad I finally got round to reading this fully. I don’t remember finding it as funny on previous attempts to read it as I did this time round; I’m thanking the adaptations I’ve watched for that. Also Mr Knightley is A+++ (Full review)

Empress of All Seasons by Emiko Jean

Rating: 3.5/5
Genre: young-adult fantasy
Format: paperback
Pages: 375
Read: 12th – 18th January
Challenge: Around the Year in 52 Books (Week 42: A book with a monster or “monstrous” character)
Review: A Japanese-inspired fantasy that felt like a dark version of The Selection crossed with The Hunger Games, with added katana. Interesting commentary on duty to home, mixed race identity, and persecution.

Rating: 5/5
Genre: children’s fantasy
Format: ebook
Pages: 134
Read: 18th – 19th January
Challenge: Around the Year in 52 Books (Week 12: A book about reading, books or an author/writer)
Review: One of my childhood favourites that never gets old but does get better with every re-read as I get older.

Dating You/Hating You by Christina Lauren

Rating: 4/5
Genre: contemporary; romance
Format: audiobook
Pages: 350
Read: 13th – 21st January
Challenge: Around the Year in 52 Books (Week 9: A book from one of the top 5 money making genres i.e. romance/erotica, crime/mystery, religious/inspirational, science fiction/fantasy or horror)
Review: Fun and funny contemporary about rival agents in Hollywood. Carter and Evie were more adorable than most, the side characters were more developed and delightful than most, and the book was funnier than most.

The Gilded Wolves by Roshani Chokshi

Rating: 4/5
Genre: young-adult; fantasy; historical fantasy
Format: eARC
Pages: 459
Read: 23rd – 26th January
Challenge: Around the Year in 52 Books (Week 51: A book published in 2019)
Review: An enchanting and thoroughly enjoyable story set in an 18th century Paris where magic is wielded secretly by (mostly) aristocrats amongst the glitz and glamour of the court hosted by Marie Antoinette at Versailles. (Full review)

The Star-Touched Queen by Roshani Chokshi

Rating: 3.5/5
Genre: young-adult; fantasy; mythology
Format: paperback
Pages: 352
Read: 26th – 27th January
Challenge: Around the Year in 52 Books (Week 14: A book with a title, subtitle or cover relating to an astronomical term)
Review: Although I enjoyed the first half more than the second, this was a darkly enchanting and engrossing tale of fate and death. A YA fantasy not quite like anything I’ve read before, with major Hades/Persephone vibes. (Full review)

Rating: 3/5
Genre: graphic novel; fantasy; mythology
Format: paperback
Pages: 144
Read: 27th January
Challenge: Around the Year in 52 Books (Week 38: A book not written in traditional novel format – poetry, essay, epistolary, graphic novel etc.)
Review: The Wicked + the Divine – how do I even begin to explain The Wicked + the Divine? No, but seriously, all I can say is that this series is WEIRD. Premised around a group of twelve reincarnated deities known as ‘the Pantheon’, the gods enjoy fame and magic but they will die within two years. So you have the likes of Lucifer interacting with Baal and Amaterasu. The artwork in this is STUNNING which almost makes up for how much it continually confuses me; this first volume in particular drops you right into it and doesn’t really give you time to get acquainted with the concept before it’s speeding off in a new direction.

Rating: 3/5
Genre: graphic novel; fantasy; mythology
Format: paperback
Pages: 168
Read: 27th January
Review: Much like the first volume, the Wicked + the Divine continues to explore the exploits of ‘the Pantheon’ and, this volume in particular, focuses on the fandom that sprouts up around the famed deities as they build names and reputations for themselves in different industries. I find the whole thing still completely baffling and I’m starting to suspect that that will never change. The artwork is still A+++ though.

Rating: 3.5/5
Genre: comic book; fantasy; horror
Format: ebook
Pages: 44
Read: 28th January
Review: Having started watching the Netflix TV adaptation and very much enjoyed the aesthetic, I decided to check out the source material via this more recent comic book incarnation. The aesthetic and artwork style here is every bit as vivid and creepy as the TV show and it’s easy to see how they could use the style from this chilling series and translate it straight onto the screen, producing something that is equal parts funny, fun, and frightening. Some of the panels from this issue are the stuff of literal nightmares, but I kind of dig it?

Rating: 3.5/5
Genre: comic book; fantasy; horror
Format: ebook
Pages: 36
Read: 28th January
Review: Much like the first issue, this one follows the story of teenager Sabrina Spellman as she grapples with her half-witch, half-mortal identity and the two sides that seem to conflict in interesting ways. Although the storylines are somewhat scary (we’re always talking demons and the Dark Lord Satan after all), I feel like once again it’s the imagery that is so scarily vivid and vividly scary. Not a series for the faint-hearted, or to read too close to bedtime!

As you can probably tell, I’ve had a frankly amazing reading month. I’ve read so many great things (some of them new favourites) and I’m glad that it has started this year off really nicely. Although I haven’t stuck to all of my blogging and reading goals this month, I think I’ve made a really decent stab at most of them, so I’m very happy with that and can’t wait to see what February will bring…

(Spoiler alert: February will see me continuing to read King of Scars and, ending dependent, it’s gonna be highly rated because NIKOLAI, MY HEART. I will also be getting very excited for the release of Kingdom of Copper and The Priory of the Orange Tree so look forward to that on the blog too!)

How did your January reading go?
What was your favourite book you read this month?
Please do share in the comments below and let’s chat books!